1 March 2022
“More recently, the UK, the greatest naval empire of the 19th century, succumbed to a fantasy of resurrected global power in cutting itself off from the EU.”
https://www.bloomberg.com/opinion/articles/2022-03-01/ukraine-invasion-putin-shares-imperial-fantasies-with-xi-erdogan?sref=ypNjsL0Y

Leaders of the other former land-based Eurasian empires China, Turkey and Iran have also decided that the best way to shore up their legitimacy is to appeal to past glories. 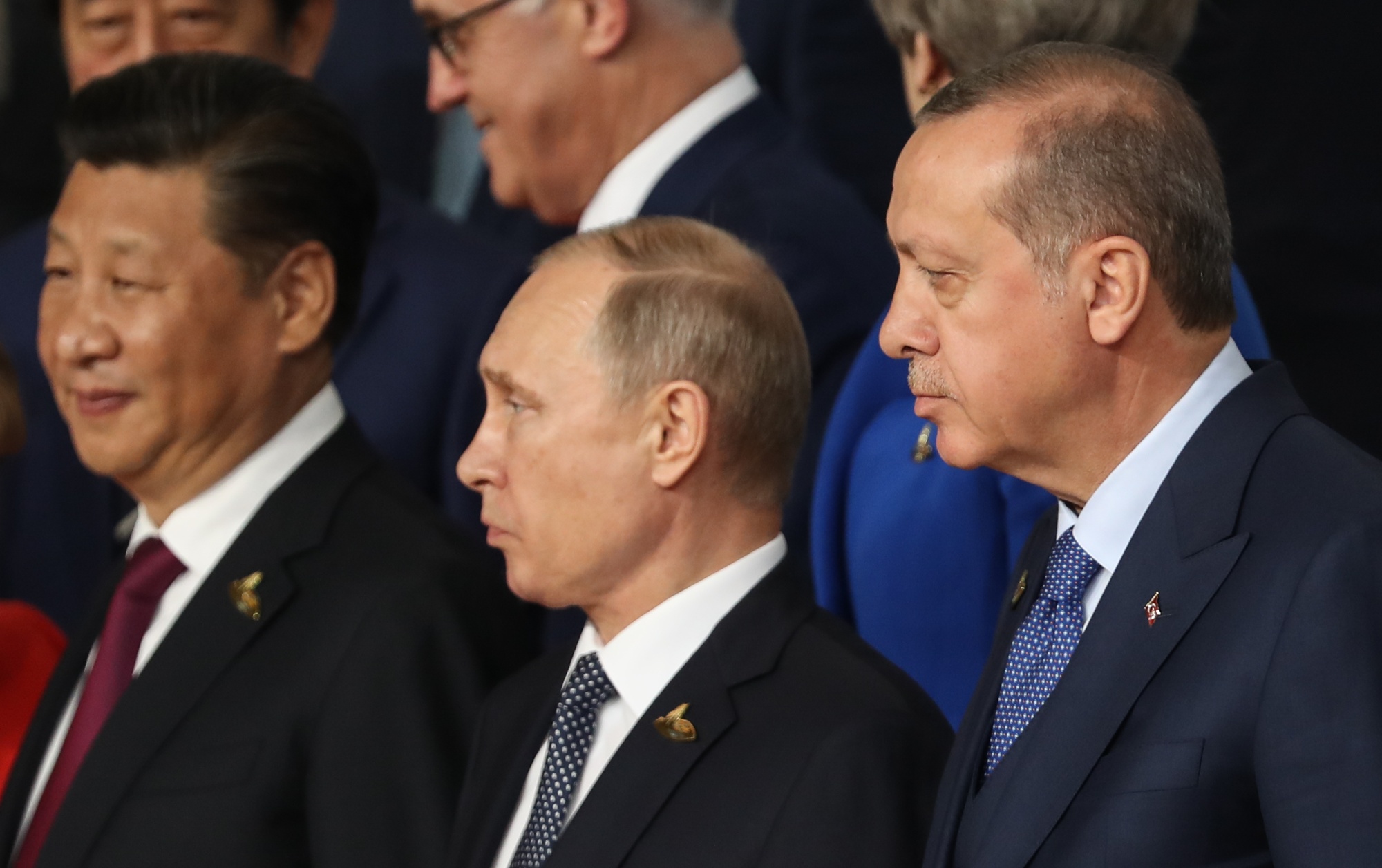 Xi, Putin and Erdogan have all cast themselves as new-era emperors.

Assaulting Ukraine in an apparent attempt to resurrect the long-vanished Russian empire, President Vladimir Putin may seem singularly delusional. But his imperialist fantasies are by no means unique or exceptional.

In each of the great Eurasian land-based empires of the past — Russia, China, Iran, Turkey — ruling elites have for some time now been seeking to redraw national identity along quasi-imperial lines. More recently, the United Kingdom, the greatest naval empire of the 19th century, succumbed to a fantasy of resurrected global power in cutting itself off from the European Union.

Indeed, as the two main political and economic systems consolidated in the 20th century — the nation-state and U.S.-led global capitalism — begin to crack, the specter of empire is haunting much of the world. And severe disruptions, confusions and disorder are becoming the rule rather than the exception.

Leaders of these former empires justify their embrace of neo-imperialism with reference to material interests: Putin invokes Russia’s security, Brexiters point to better trading opportunities for “Global Britain.” But what they seek above all is fresh legitimacy in the eyes of their citizens.

This involves radically severing past allegiances. The Tory Party’s nihilistic attack on metropolitan “elites” and “experts,” and Putin’s scorn for the glasnost-era leaders who dismantled the Soviet Union (of which he was once an apparatchik), are part of a larger reconstruction by ruling classes of their ideological basis as the previous world order crumbles.

The first of these remarkable turnarounds occurred in Iran. The country’s Islamist regime has emphasized Shia values and symbols for most of its 40 decades in power. In more recent years, the theocrats in Tehran have promoted Iran’s pre-Islamic and imperialist Persian past, dispatching their spies and proxies to recreate the old Persian zone of influence from the Gulf of Oman through Iraq, Syria and Lebanon.

Helped by reckless adventurers in Washington, D.C. demanding regime change in Tehran and the grim reality of hopelessly fragmented Arab neighbors such as Syria, Iran’s rulers have successfully reconfigured Iranian nationalism and extended their hold on power.

Simultaneously, neo-Ottomanism has emerged as the refurbished ideology of Turkey, with long-serving President Recep Tayyip Erdogan claiming the mantle of the most successful and famous Ottoman sultans. Helped by mass media and its own propaganda organs, Erdogan’s Justice and Development Party has managed to fuse traditional Islamic iconography with potent historical symbols of the Ottoman Empire.

The most consequential ideological shift has occurred in China, where President Xi Jinping has reversed a longstanding official scorn for the Qing Dynasty — the weakened empire that, in the eyes of Mao Zedong and his peers, exposed their country to a century of humiliation by the West.

In China’s new master narrative, Xi is expanding China’s influence globally through trading and transport networks while protecting, close to home, the territorial gains achieved by such wise imperialists as the Qing emperor Qianlong. Last year at Qianlong’s favorite imperial retreat in the hills north of Beijing, Xi visited a new exhibition that celebrated the emperor as a proto-nation-builder who “improved the Qing central government’s management of Tibet, quelled multiple bouts of conflict by separatists in Xinjiang and further unified this multi-ethnic country.”

A few weeks later, the Chinese Communist Party (CCP) issued a revised summation of its history that canonized Xi as one of the country’s “core” thinkers-cum-stewards. Before Xi arrived on the scene in 2012, the CCP now argues, China had little “capacity to safeguard its national security.” Corruption was spreading fast among cadres and “some party members and officials experienced grave crises in their political faith.”

This document may seem very specifically Chinese. Yet the loss of political faith is a global phenomenon. The ability of the old nation-state to deliver political and social stability, and of free markets to bring universal prosperity, have never seemed more in doubt. Whether in autocracies or democracies such as the U.K., the neo-imperialisms of our time represent an attempt to fill an enormous and ever-deepening ideological vacuum.

Opinion. Data. More Data.Get the most important Bloomberg Opinion pieces in one email.
Sign up to this newsletter

Fear of losing control, credibility and authority weighs heavily on the minds of those who presided over and benefited from compromised political and economic systems — whether the Tories or Putin, both not coincidentally oligarch-friendly. The same people now feverishly tout images of an idealized imperial past in which external dangers and challenges were resolutely met by sovereign power, borders were stable and minorities were kept under control.

There is no doubt that Russia’s invasion of Ukraine will join the long list of disasters unleashed by imperialist ambitions. Nevertheless, what matters to Putin and other seemingly reckless neo-imperialists is their own short-term survival.

Driven by existential fears, they are becoming more intransigent as they take to heart the lesson offered by the CCP’s flattering resolution on Xi: “Constant retreat will only bring bullying from those who grab a yard if you give an inch.”

However irrational and self-defeating it might seem today, Putin-style bellicosity will almost certainly become more routine as an old and decrepit world order crumbles. Some treacherous years lie ahead.

This column does not necessarily reflect the opinion of the editorial board or Bloomberg LP and its owners.

To contact the author of this story: Pankaj Mishra at pmishra24@bloomberg.net

To contact the editor responsible for this story: Nisid Hajari at nhajari@bloomberg.net